Studied voice and performance at Trinity College of Music London.

Devon is one of the most versatile and charismatic jazz singers currently performing today. His rich baritone voice, easily seductive in popular ballads also demonstrates controlled power and flexibility in a variety of mid and up-tempo Jazz, Blues and Soul Classics.

Devon’s passion for music was awakened early on at his home in London from the sounds of the Caribbean and America from, Ska & rock steady, Reggae, Calypso, Blues, Jazz and Soul, British pop music and, later on, Opera. All contributing to inform, influence and enhance his own unique style.

His first real opportunity as lead vocalist came in the late eighties when, he was asked if he would stand in for the regular vocalist in a band led by the brilliant alto player - and former Maynard Ferguson sideman Andy Mackintosh. The evening was a huge success and he continued as the regular vocalist for some while and was encouraged by the likes of Art Themen, Eddie “Lockjaw” Davis, Don Weller, Gail Thompson, Jim Mullen, Dudu Pukwana, Ronnie Ross, & Harry Beckett.

Devon has gone on to perform with many well-known artists, ensembles, show bands, and theatre companies and in his own right as a lead vocalist.
As lead vocalist with show bands, between 1986 and 1995 he toured the Caribbean with Soca band “Kalabash”, India – with his Soul Revue Show, Australia as lead and backing vocalist in ‘The Elton John Tribute Show`.
In Europe with legendary soul singer and songwriter Eddie Floyd. Both as backing and lead vocalist. During which time, he also had the honour of meeting one of his musical idols, the legendary James Brown.

In 2006, Devon appeared in the role of `Joe’ in the hit musical “Showboat” at the Royal Albert Hall. Later that year he performed the role of Paul Robeson in “The Billie Holiday Story” a music theatre biopic of the great singer which toured extensively in the UK, Ireland, and Europe receiving rave reviews.

Devon has continued to work with his own jazz ensembles and as guest lead vocalist, with residencies at the famous “Jazz after Dark” in Soho, & ‘The Paragon Club’ in Mayfair, with jazz/funk outfit “The Groove Warriors” and appearances at the iconic “Bulls Head” in Barnes with the Mark Buckingham Quartet.
Devon performs regularly as a duo with long-time collaborator, pianist Richard Hughes, and his own, Planet Jazz Quartet.
He has, as guest vocalist also performed with artists such as Tom Clarke – Hill, The Dave Pearce Trio, Zoltan Sagi, Ian Hill, Simon Deeley, Dutch Lewis, Billy Thompson, Dave Etheridge, Mike Green, Casey Greene and others.

“Devon 'Sweet and Deep' Harrison, back from a stint with English National Opera, turned his considerable vocal skills to jazz tonight...” The evening got straight into a swinging version of 'Alone Together', followed by a trio of Gershwin favourites including 'Summertime' and then more from the Great American Songbook. Devon's velvety bass-baritone vocals weaved through this rich material with hip phrasing and nuanced rhythmic feel...”

“the standout for me was Oliver Nelson's masterpiece 'Stolen Moments'. This is not an easy piece of music for vocalist and musicians alike: it proved an ideal vehicle for Devon and the band to give us some memorable jazz, notable too for Devon scatting an improvised duet with Dave Etheridge on bass.”
I Got Rhythm' closed the evening – an apt choice. The appreciative audience certainly got it, having enjoyed a top-class evening of live mainstream and modern jazz – which is precisely what JABW seeks to do. 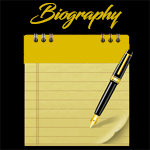 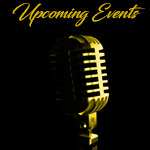 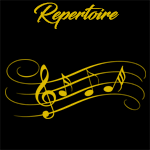 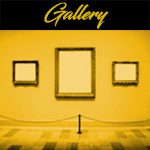 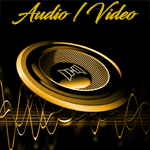 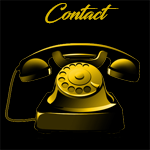